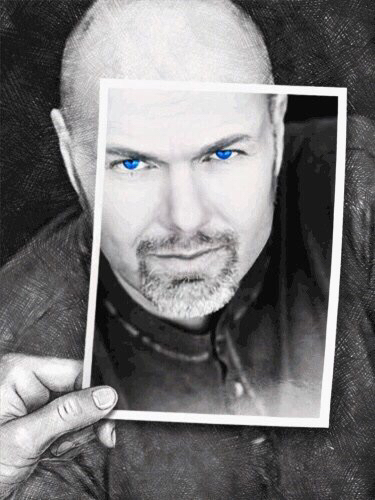 Adriaen Valéry Burgis
a pro actor on enCAST
location: Bavaria, Germany
languages: German, English
After a long break, award-winning actor, Adriaen Valéry Burgis, returned to the Hollywood Circus in 2020 and can be seen as "Björn" in the highly-anticipated Viking Storm film "PICT'S SWORD" together with Mads Mikkelsen and Conan Stevens directed by Rick McLeod.

Adriaen Valéry Burgis (Varick Addler) was born as in a small town in Germany to Marianne, a secretary at Siemens Health Care, and Herbert, head of department at M.A.N. Maschinenfabrik Augsburg-Nürnberg AG HVAC. He has one brother, Peter.

Adriaen Valéry Burgis is an engaging fiction author determined to follow the footsteps of C.S. Lewis as a master of various genres, writing with the heart of a vivacious Imaginer dedicated to entertaining and putting forth the light of the world based on his faith and visions. The world is not black and white and Varick doesn't see a reason his fictional worlds must be written as such, so he writes multicultural, interracial stories with suspense, love, science fiction and action. He writes a range of genres including poetry, mystery, suspense romance, science fiction and adventure stories.

As "Jessie Elias Garon Presley" (Elias Presley) he follows his passion as a singer and interprets (performs) the legendary songs of Elvis Aaron Presley in his own way. Not as an Elvis impersonator, but in the spirit of the inventor with deep love, understanding and an exceptional voice.

Germany has a lot of claims to fame. The country has produced innovative scientists, ground-breaking philosophers, brilliant artists and composers, not to mention some of the best beers in the world; and with award-winning actor Adriaen Valéry Burgis on the list, they can count captivating screen talent among their many notable attributes.

In 2012 Adriaen Valéry Burgis took home the Audience Award for Best Performance in a Supporting Role at the Nuremberg Human Rights Film Festival (NIHRFF) for his remarkable performance in the film "Mimikry - Upside Down". Early on in his career, Adriaen Valéry Burgis honed his skills at some of the most recognizable acting schools across the globe, including the NYFA New York Film Academy in Los Angeles, the William Esper School in New York, the Munich Film Academy and more.

With a plethora of lead roles in film and television projects that span virtually every genre, Adriaen Valéry Burgis' brilliant repertoire of work reveals him as an actor with an impressive range, one who easily inhabits his characters and seamlessly brings them to life on screen.

While Adriaen Valéry Burgis' appeal as an action star is undeniable, his magnetism on-screen is by no means limited to the fast-paced, heart-pumping genre alone.

With a number of riveting performances in both European and U.S. productions, Adriaen Valéry Burgis has established an indelible reputation for himself as a captivating and dynamic performer whose boundary-pushing talent allows him to portray characters within every genre.

After a long break, award-winning actor, Adriaen Valéry Burgis, returned to the Hollywood Circus in 2020 and can be seen as "Björn" in the highly-anticipated Viking Storm film "PICT'S SWORD together with his colleague Mads Mikkelsen as "King Harald Fairhair" and Conan Stevens as "Erik Blood Axe" directed by Rick McLeod.

"Adriaen Valéry Burgis is a super-sized version on Bruce Willis," says the Industry Hollywood. But the fictitious face of Varick in his older days looks more like Sir Sean Connery *smile! This award-winning and versatile actor could follow in a long tradition of charming German bad guys,... he is the great supporting cast that brings the film and the main character shine because it's more important to have the villain be interesting - it's that [villain] role, like Heath Ledger or Tom Hardy in the Dark Knight franchise, that run away with the movie.

"I love what I do! Every day, I get the unique opportunity to inspire people with stories to be told and other people's lives that must be brought into theaters! I love that! And I love to be a dreamer. I had my dreams all right. And that is something no one can ever take away. They cost nothing, and they can be as real as you like to make them. You own your dreams and they are priceless. I've been a lavatory attendant, a theatre usher, a panhandler, a superhero, or the next bad guy in a big franchise, all for real. That's the stuff my dreams are made of."

"Knowing your type as an actor is essential!", says Adriaen and continues: "Actors are virtually entrepreneurs, running their own business in this industry. One of the very first rules of entrepreneurship is to find your audience. The success of the business will depend on the entrepreneur's ability to find a circle of consumers interested in the product."

"My favorite franchise is James Bond! and the Star Wars Saga and with good luck and the right casting director, I will be in one of the next episodes!" explains Adriaen Valéry Burgis.

Acting experience:Adriaen Valéry Burgis has gone on to give memorable performances in a pretty impressive list of well-known action-packed films and series including the 2010 Golden Globe-nominated film "RED" starring Golden Globe Winner Bruce Willis ("Die Hard") and Oscar Award winner Helen Mirren ("The Queen"). After a long break, award-winning actor, Adriaen Valéry Burgis, returned to the Hollywood Circus in 2020 and can be seen as "Björn" in the highly-anticipated Viking Storm film "PICT'S SWORD together with his colleague Mads Mikkelsen as "King Harald Fairhair" and Conan Stevens as "Erik Blood Axe" directed by Rick McLeod.

Nazis at the Center of the Earth (2012)(Video) - Wilhelm Bittrich