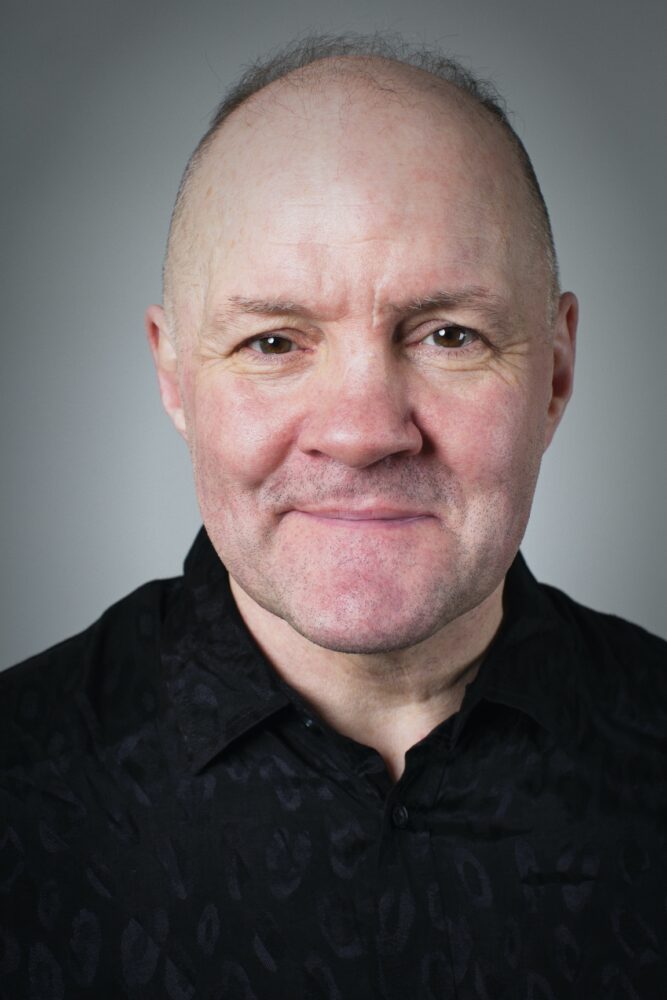 Duncan Airlie James was born on May 23rd, in Glasgow, Scotland. He was a very physical young fellow from the off and early in his life, found a love for sports, that took him through football (soccer), rugby, and led him eventually to the Martial Arts. He also displayed a strong “creative / artistic” streak, and spent the 80’s as a drummer and musician in many various bands in Glasgow, Scotland, having a couple of close brushes with success.

But his competitive nature and physical presence again pushed to the fore of his life in the early to mid 90’s and he could no longer resist the drive to pursue his dream of success in combat sport. He dedicated the next decade and a half of his life to this dream, and, after many years of hard work, and enjoying great success, Duncan Airlie James retired from his competitive fighting career at the end of 2006, as Scotland’s most well known, and arguably most successful ever ring fighter

He won six versions of World, Thai Boxing and Kick Boxing titles as a competitive fighter, along with many other titles. He was the ONLY Scotsman ever to fight in the prestigious K-1 events in Japan, and he competed all over the world during his illustrious and very successful career. His tartan shorts and fighting kilt became a famous trademark and his badge of honour!

With the demands and rigours of a professional fighting career behind him, and with his focus and interest now shifted from that path, the creative juices once again started to flow strongly and before long, Duncan rediscovered his love of performance and acting in particular. He threw himself fully into his new career path, the third career of his life, undertaking top level training from some major acting coaches, and has slowly built his career, going from strength to strength, with progressively bigger roles and projects.

Now, as an actor, Duncan has shared the screen with some huge names in the entertainment industry. He has worked with two Oscar winners, namely Alicia Vikander in the 2018 reboot of Tomb Raider, where he played Lara Croft’s fight trainer Terry, played by Vikander. And also Forrest Whitaker, in the big Netflix Christmas film Jingle Jangle, where he played the role of Constable Carruthers, the grumpy policeman.

He has also worked with many other major film and t.v. names, like Chris Pine in the 2017 film Outlaw King about the ancient Scottish king Robert the Bruce, where he played the nasty English nobleman knight Beaumont. The film also including names like Steven Dillane, Billy Howle, James Cosmo, Florence Pugh, and Aaron Taylor-Johnson.

Other major films Duncan has had major featured roles in are Starred Up, described as the best ever British prison drama, featuring Ben Mendelson and Jack O’Connell, and  i.d.2 : Shadwell Army, featuring Linus Roache and Neil Pearson. Duncan has also featured in major, award winning t.v. dramas like Outlander with Sam Heughan.

The dreadful, global pandemic of 2020 - 2022 changed things for almost everyone around the planet, and Duncan was no exception. In the months prior to the first major lockdown of 2020, Duncan auditioned for major projects such as Peaky Blinders, Vikings, Valhalla, and many others.

It was also during the first lockdown of 2020, that Duncan rediscovered all the music he had put “on hold” years before, and he is now in the process of bringing back, and getting out to the World. Please see the Musician section of his website………