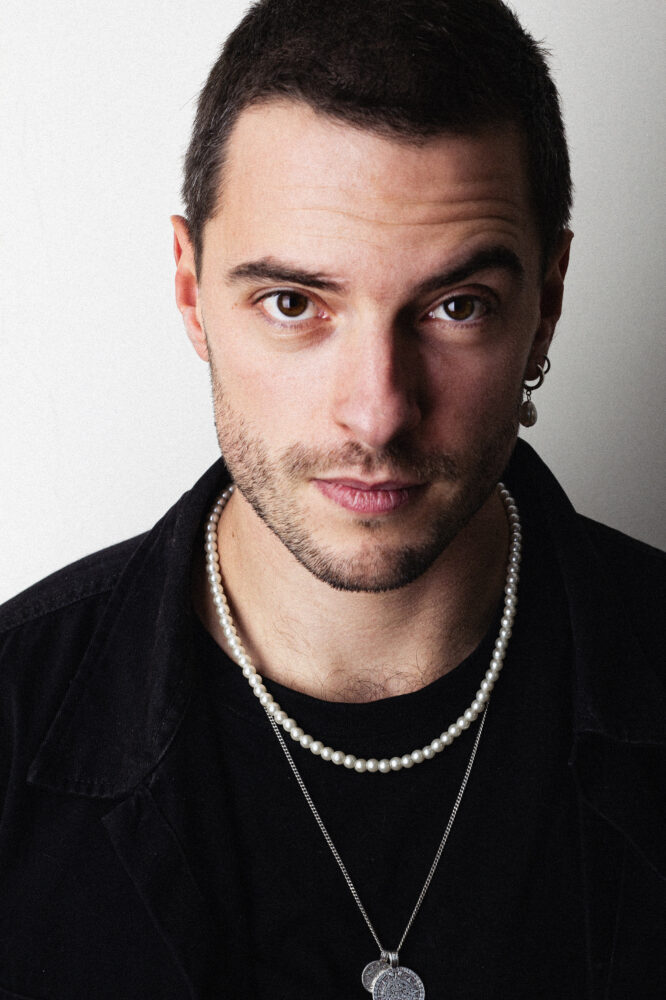 Authentic, honest, multi-layered, talented and versatile; Words that describe the burning spirit that lies within Belgian actor Ruben Francq. Appearing in countless commercials and being cast in a number of TV roles and feature films, Ruben has evolved into an actor who is beginning to grab the attention of directors and producers across the entertainment industry.

​Born on the 16th of September of 1993 in a set of twins, Ruben was raised in a traditional Flemish family, showing an early love for stories, sports and all things creative. An active, but insecure child, Ruben tended to shy away from his potential and instead tried pleasing others around him. This cumulated in him settling to become a teacher. After graduating as an English and PE teacher Ruben realised with overwhelming clarity his true passion was acting. Finally having found the courage and belief in himself, he set out in pursuit of this goal by enrolling at Cinact Acting Academy in 2018, graduating in 2019. Whilst there he’s had the opportunity to work under a variety of acting coaches and teachers of some acclaim. These include Paul Haggis, Michael Margotta, Anthony Meindl, Steven Ditmyer and Kimberly Graham. Ruben’s passion for film, acting, storytelling and teaching combined with an utter love and interest in language propelled him to take up a teaching position at Cinact Acting Academy in 2021, coming full circle in a way.

He has been a hive of activity ever since his leading role in the critically acclaimed film ‘Heinz 1945’ despite the very real challenges of the pandemic. From being directed by Martin Beek and Karel Haamm for Marvel Films, to working with Stephan Brenninkmeijer’s on his movie Inner Flame, the show reel for Ruben is growing at a rapid pace. Successful roles on ‘In Limbo’, ‘Silent Voice’, ‘The Perfect Boyfriend’, ‘Los Suedos De los Muertas’, and the short film ‘Casa Blanca’, are all testament to the stunning array of skills that are part of his acting repertoire.​

His list of shows on the small screen is no less impressive with a returning role on ‘Dertigers S3-4’ and ‘WTFock’. He has a modelling career that has seen him be the face of companies such as Switch, Planet Parfum, ZEB, ING and Antwerp Fashion week.

He is the consummate modern actor, dedicated to delivering the perfect performance every time he steps in front of the camera. A multi-linguist fluent in Dutch, Dutch-Flemish and English with all the diverse accents that are part of its international heritage, Ruben Francq is becoming very hot property, and that trend is set to continue as his work scales new and dizzying heights.